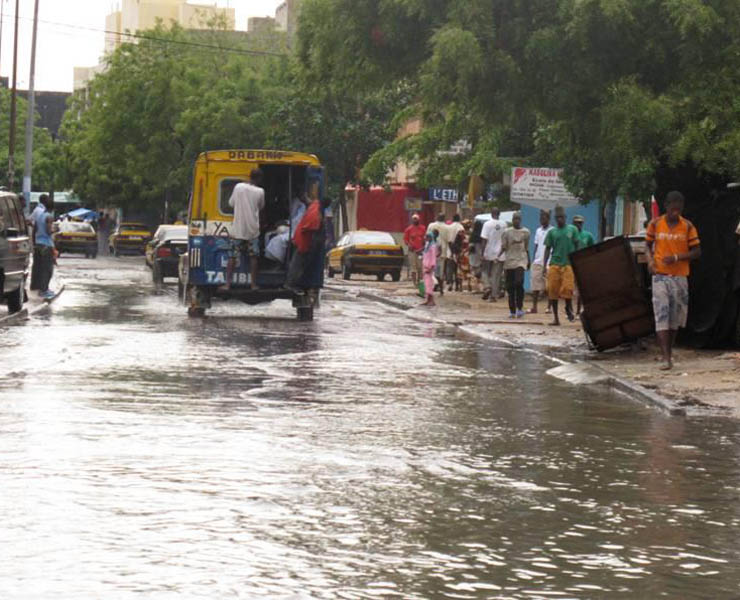 The country of Senegal, and more particularly the city of Dakar, has been subject to the recurring problem of flooding since 1989, a problem which has worsened over time due to strong urban pressure. A hydrological study has shown that 40 years ago 90% of rainwater was absorbed by the ground (marsh areas) and 10% was left to run off the surface. Today, with the same level of rainfall, only 10% is absorbed, with 90% running off.

This flooding affects 7% of the Guédiawaye department and 16% of the Pikine department, causing serious economic, social and health consequences for the local populations. It is estimated that 20,000 habitations are affected by this situation. In 2005, President Wade began to take action by creating the Jaxaay Project for the construction of social housing and the prevention of flooding and shanty towns within the Ministry of Habitat and Construction. Other government entities also took part in work to resolve the problem. During the Presidential council of September 2008, a study was discussed in order to obtain accurate knowledge of the flooded and floodable areas.

In September of 2009, IGN FI, along with the Senegalese company GAI, offered to complete a detailed topographical analysis of the flooded areas in order to study and understand the phenomena and obtain topographic data to use as a basis for reconstruction work in the flooded areas and finding new housing / relocating the inhabitants affected. These elements were used as decision-making tools by the Jaxaay project directors and a basis for assessing the policies put in place.