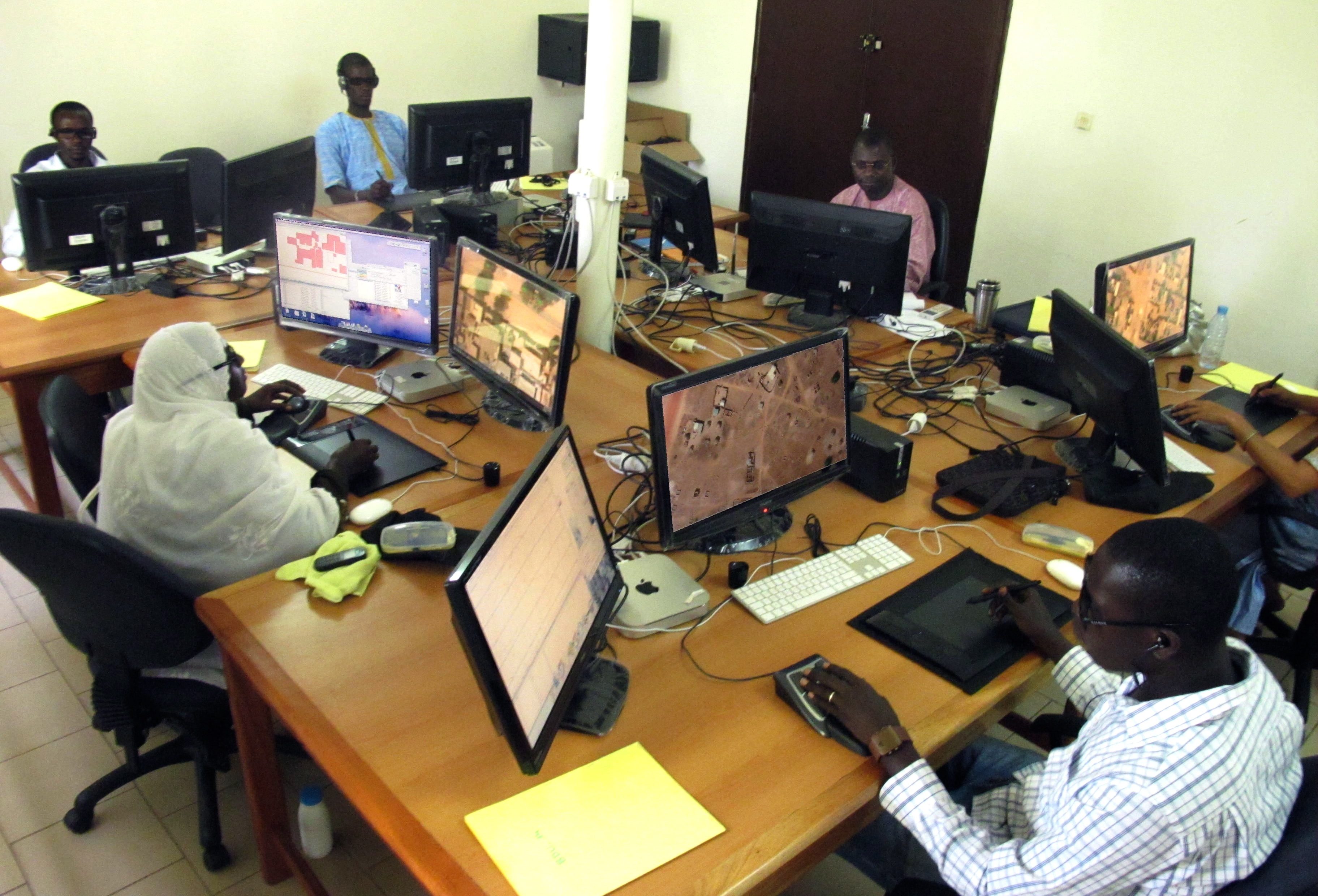 The country’s main towns were lacking in both databases and accurate and up-to-date cartography. This project took place over 27 months and provided relevant information, initially to the National Sewerage Office of Senegal (ONAS) who chose the priority cities, to be used in the sustainable development of these areas subject to heavy constraints. The project was based on entirely local production with a strong skills transfer component carried out by the IGN FI.

The project enabled the creation of standardized urban databases as well as large-scale maps. These elements have helped to improve the effectiveness of work carried out by various contributors in the urban sector, whilst enabling better coordination of network administrators.

This spatial data baseline can be used by both the national data production entity (DTGC) and users (ONAS initially then all network administrators thereafter) and has enabled the creation of a single data baseline which encourages exchange of the information it contains. This single data baseline has also been of benefit to all those working in spatial planning and urban space management in Senegal.

The project to create a reference baseline therefore aimed to: