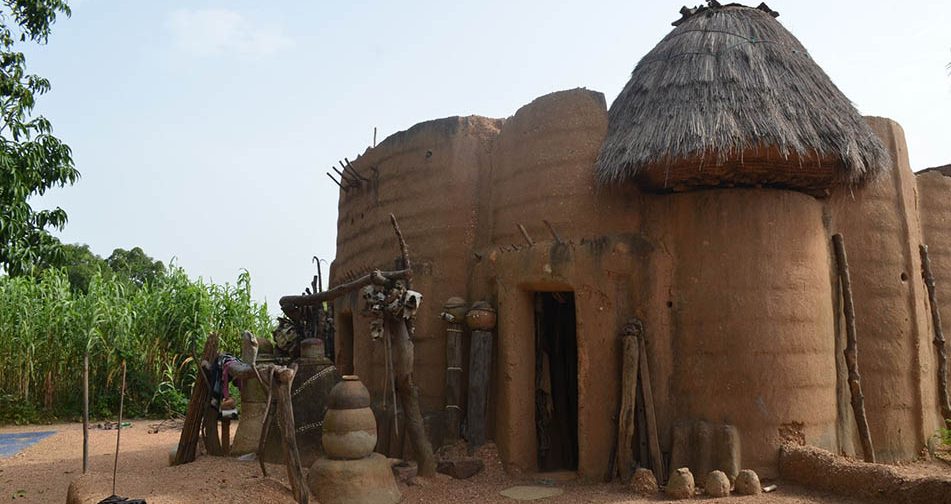 The Tatas, mud-brick “fortified houses” typical of the north of Benin, form a remarkable architectural heritage. A study has been made of them in a project undertaken by the French Embassy in Benin in partnership with IGN FI and the Koutamarikou and Eco Bénin Associations. An inventory was carried out between December 2017 and January 2018 by a local team of surveyors which enabled 5,000 Tatas to be identified, geo-referenced and mapped. 950 of them were the subject of in-depth surveys with information provided by their owners. This inventory is part of a much broader project to preserve and enhance the heritage of the Otamari people being carried out by the French Embassy, called the “Tata Circuit”. It has seen the creation of a map and a tourist circuit that focuses on showcasing 20 “Premium Tatas” of outstanding interest, led by trained guides and allowing visitors to meet their inhabitants.

950 inventory sheets of the surveyed tatas including geo-referencing, photographs and their specific features were produced and can be used as a basis for university research work as well as preserving and enhancing the heritage.

The topographical base mapping carried out in the framework of the project to update Benin’s national mapping has been enriched by the addition of these remarkable dwellings, and has contributed to providing comprehensive heritage mapping of the Otamari region with the production of four thematic maps.

The “Heritage inventory of Otamari region Tatas – ‘Premium Tatas’ scale 1:50,000” foldable map, the showcase for the project, will enable the most outstanding tatas to be highlighted for the general public.